Feminist and Women’s Organizations in Syria: Challenges and Opportunities

An overview of common challenges and opportunities for collaboration and effective partnership among feminist and women’s organizations (FWOs) in Syria.
On this page
Download the report in English
تنزيل المقال باللغة العربية

This paper, commissioned by the Global Fund for Women, offers an overview of common challenges and opportunities for collaboration and effective partnership among feminist and women’s organizations (FWOs) in Syria. Overall, 92 individuals participated in consultations, providing data on the work of 76 different organizations and groups in major regions across Syria and in Gaziantep, Turkey.

The majority of FWOs in Syria emerged after the 2011 revolution which provided a space for organic and grassroots organizing, triggering a move towards wider civic engagement. They are largely motivated by solidarity with their fellow women and by their awareness of gender inequality. In-country FWOs’ spaces are constantly contested and closely monitored by political and military authorities.

FWOs have highlighted particular challenges in obtaining legal recognition from local authorities or having any form of umbrella protection. Direct threats to safety and security are also common forms of power exercised over women activists. Security concerns have caused many organizations to work undercover and stop documenting their work. This results in women’s work going, yet again, undocumented and invisible. Other challenges include the existing societal gendered attitudes and relations which are also reflected in the structure of civil society organizations.

FWOs’ internal dynamics are characterized by the following main divides: pro/anti-regime; secular/religious-Islamic; ethnic Arab/Kurd; the geographical and social divide; and the generational gap. Furthermore, some factors that influence the spaces available for FWOs are those related to freedom of movement and control over resources. Most of the spaces available for FWOs remain highly influenced and reliant on the support of national and international organizations. For that reason, running a sustainable and self-sufficient organization is very difficult to achieve for most FWOs. Reliance on funding is inherent to civil society in Syria due to dire needs, inflation, and scarcity of resources.

Moreover, while funding is crucial, it can also include disadvantages such as the NGO-ization of feminist and women’s collectives, pre-set agendas, the nature of the funding, and unattainable criteria. Hence, the relationship between FWOs and their donors is an unequal one. International actors have great influence over local actors, leaving local actors with less agency to provide their insight or in implementing their preferred method of collective action. Another common challenge to both feminist work and the coordination towards feminist and women’s movement building is co-option by organizations that are neither feminist nor women-led.

Despite challenges, women have created and claimed their own spaces, changing gender stereotypes and gaining the recognition they deserve for their vital roles in society. They have introduced and maintained feminist knowledge production as well as continuing their role in service provision and attending to a variety of needs in society today. Where women’s spaces are contested by security apparatus, FWOs come together to support one another and set an example of feminist solidarity.

All participating FWOs agreed on the urgency of developing practical steps for effective collaboration and movement building. For example, in-country FWOs identify the coordination between FWOs as a simultaneous priority, challenge, and opportunity. So far, the networking method used by local organizations has been reliant on informal personal relations rather than structural organizational connections. There is hope for wider unification, however, as it remains in the FWOs’ interests to bridge gaps and embrace difference as a strength.

Overall, four major issues were identified as priorities by the FWOs. These include: change in legislation regarding gender sensitivity and effectiveness; change of social norms and attitudes – from both women and men – regarding gender equality and women’s rights; economic empowerment and financial independence; and gender knowledge production.

To build and expand the feminist and women’s movement in Syria, it is essential to have a unifying inclusive discourse that all can relate to and identify with. FWOs need to discuss and clarify the basics of feminist concepts and open up spaces for discussions to negotiate priorities and navigate different socio-political stances.

Strategic efforts for collaboration between religious and secular women’s organizations

This research paper was produced as a joint effort between Women Now for Development and IMPACT. IMPACT primarily assisted in the data collection phase and organizing access to local CSOs.
Original Post

Hubs and Bubbles: Syrian civil society after a decade of conflict 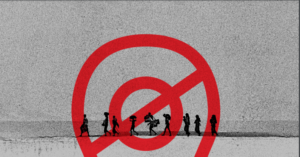 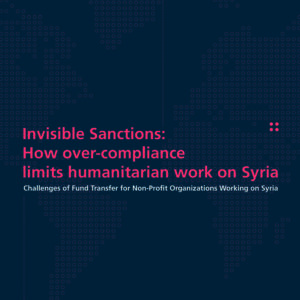 PrevPreviousInstitutional development in Northeast Syria: Lessons from Iraqi Kurdistan and Kosovo
NextChallenges for peace in Syria without East EuphratesNext
Scroll to Top